Instructions of making a plaster antfarm

Materials used to create this antfarm 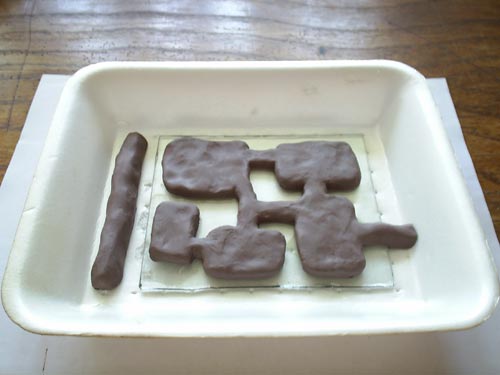 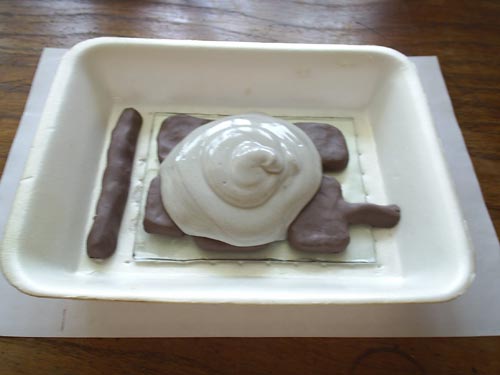 Mix the plaster with water (the mixture should be relatively liquid with approximately the upper proportion). Pour it in small doses in order to prevent the formation of hollows. The plaster should cover the plasticine with an about 5mm thick layer. 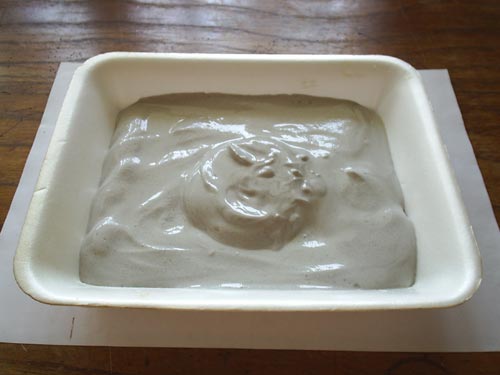 After pouring all the plaster, start shaking (with small diversion, but fast) the box, so that the plaster settles down. If it is liquid enough the surface will be perfectly smooth. In order to prevent dislocation of the glas, it is good to attach it to the bottom, so that this does not hinder taking the ready antfarm out of the cast. Wash the things, which have had contact with plaster fast, before it gets dry, with much water to prevent clogging of the water-main. 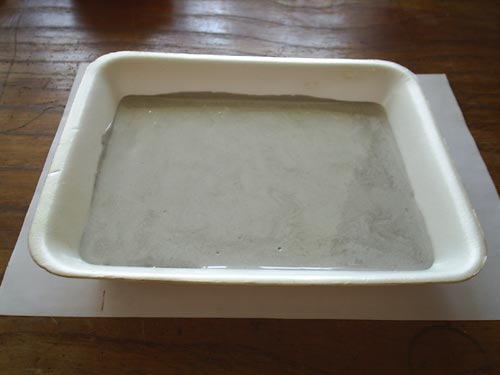 Leave it in peace to dry out (depending from the density - 20,30,60 minutes - there should be no water on it and it should be almost completely hard). When it gets hard enough (not completely) you should take it out of the box very carefuly (it is very fragile). 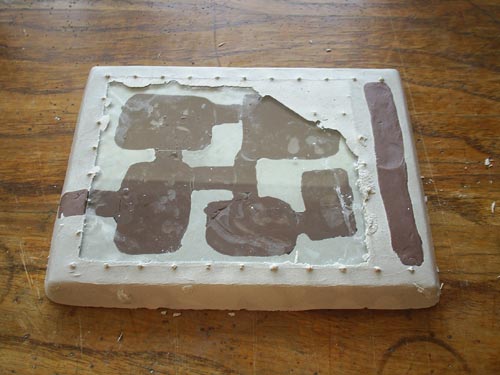 Using a knife chisel out very well the place, where the glas connects with the plaster, so that the glas can be taken out (if it is not separated well, the chance that the plaster brakes by lifting the glas is 99%). 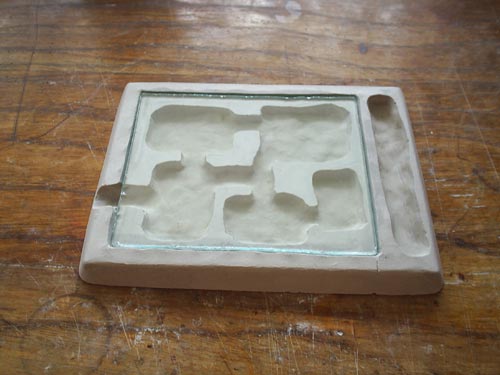 Take away the glas very carefuly (the hardest part). Take away the plasticine and put into final shape the chambers and the tunnels. Wash the glas and put it back on its place (it should fit in 1 way only). Leave the antfarm to dry out completely before putting ants in it, because while the plaster is drying out water and warmth are being released.